Where Humber pours his rich commercial stream,
There dwelt a wretch, who breathed but to blaspheme.
In subterraneous caves his life he led,
Black as the mine, in which he wrought for bread.
When on a day, emerging from the deep,
A Sabbath-day, (such Sabbaths thousands keep!)
The wages of his weekly toil he bore
To buy a cock — whose blood might win him more;
As if the noblest of the feathered kind
Were but for battle and for death designed;
As if the consecrated hours were meant
For sport, to minds on cruelty intent.
It changed, (such chances Providence obey,)
He met a fellow-labourer on the way,
Whose heart the same desires had once inflamed,
But now the savage temper was reclaimed.
Persuasion on his lips had taken place;
For all plead well who plead the cause of grace.
His iron-heart with Scripture he assailed,
Wooed him to hear a sermon, and prevailed.
His faithful bow the mighty preacher drew,
Swift as the lightning-glimpse the arrow flew.
He wept; he trembled; cast his eyes around,
To find a worse than he; but none he found.
He felt his sins, and wondered he should feel.
Grace made the wound, and grace alone could heal.
Now farewell oaths, and blasphemies, and lies!
He quits the sinner’s for the martyr’s prize.
That holy day was washed with many a tear,
Gilded with hope, yet shaded too by fear.
The next his swarthy brethren of the mine
Learned by his altered speech, the change divine,
Laughed when they should have wept, and swore the day
Was nigh when he would swear as fast as they.
“No,” said the penitent: “such words shall share
This breath no more; devoted now to prayer.
Oh! if thou seest, (thine eye the future sees,)
That I shall yet again blaspheme, like these,
Now strike me to the ground, on which I kneel,
Ere yet this heart relapses into steel;
Now take me to that heaven I once defied,
Thy presence, thy embrace!” — He spoke, and died!

And that’s the End of the Poem

Poems by topic and subject.

Poetry Monster (or even The Poetry Monster) — is also an international multilingual community of poets and poetry connoisseurs. Join us:

Some external links: The Bat’s Poetry Cave. — Fledermaus’s poetry site. Talking Writing Monster. — the irreverent and irrelevant chatter on subjects both serious and not quite. A free for all board. You can scribble anything on it without registration (but it doesn’t let spammers in). You can even post your poems. Qwant.com. — a search engine from France. It’s an alternative because there are a few alternatives, like Bing, Duckduckgo, and Ecosia. And there is Yandex, the ultimate language-oriented search engine for the Russophone world. Commercial Links: Russian Commerce – the foreign trade assistance agency Other links: Poems and poetry in Russian (if you are reading this in English, as you obviously are, then you’d have to switch the language, the language switch is on the menu. More on languages) 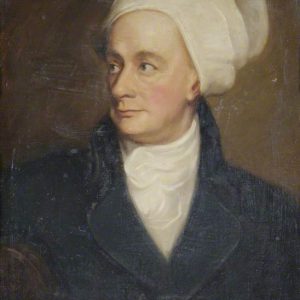